More than 162.71 million people have been reported to be infected by the novel coronavirus globally and 3,512,115 have died, according to a Reuters tally.

Infections have been reported in more than 210 countries and territories since the first cases were identified in China in December 2019.

India’s total coronavirus cases surged past the 25 million mark on Tuesday, boosted by 263,533 new infections over the last 24 hours, while deaths from COVID-19 rose by a record 4,329, Reuters reported.

India becomes the world’s second nation, after the United States, to pass the grim milestone.

The country’s total case load is now at 25.23 million, while the death toll is at 278,719, according to health ministry data. 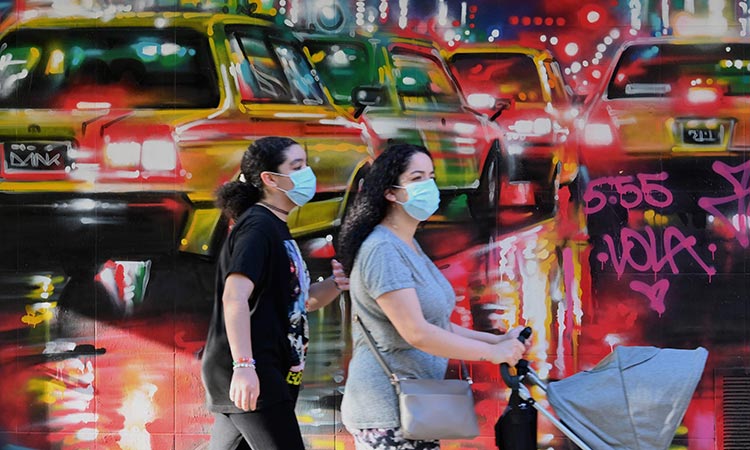 The number of confirmed coronavirus cases in Germany increased by 4,209 to 3,603,055, data from the Robert Koch Institute (RKI) for infectious diseases showed on Tuesday.

The Biden Administration is putting a fresh wave of funding toward its stated goal of making a serious dent in homelessness across the country.

Despite a wave of public support and a nationwide eviction moratorium, Housing Secretary Marcia Fudge said as many of 580,000 people experienced homelessness in the middle of the pandemic.

Fudge, who heads the Department of Housing and Urban Development, said Monday that an extra $5 billion would be allocated toward keeping families off the streets. That’s in addition to the $5 billion in funds for preventing homelessness previously announced as part of the American Rescue Plan.

The aid will come in the form of 17,000 emergency housing vouchers that will be distributed to housing authorities across the country. Fudge said the vouchers were expected to help provide shelter for up to 130,000 people and called the new money, “an important milestone in our effort to end homelessness in the United States.”

Taiwan’s government said on Tuesday that all schools would close until May 28 amid a rise in domestic COVID-19 cases.

The education ministry said that starting from Wednesday, classes would have to take place online.