Plastics with embedded enzymes could self-clean or self-destruct

Scientists at Germany’s Fraunhofer Institute have spent the last few years working on futuristic forms of plastic that do much more than act as take-out containers or straws for your iced latte, and they’re starting to make some exciting inroads. The team has worked out a way to embed active enzymes in the material that can give it different capabilities, such as an ability to break down proteins on the surface or degrade itself to avoid polluting the environment.

The work was carried out at the Fraunhofer Institute for Applied Polymer Research, where scientists have been working to solve a complex engineering issue around enzymes and plastics. Plastics are subjected to high temperatures during manufacturing that enzymes are unable to endure, so they would lose their specific functions when included in this process. But the Fraunhofer team appears to have found a way around this.

The secret lies in adding enzymes to the hot plastic melt with the help of inorganic carriers, which protect the enzymes from excessive forces and extreme temperatures, as Fraunhofer’s Dr. Ruben R. Rosencrantz explains. 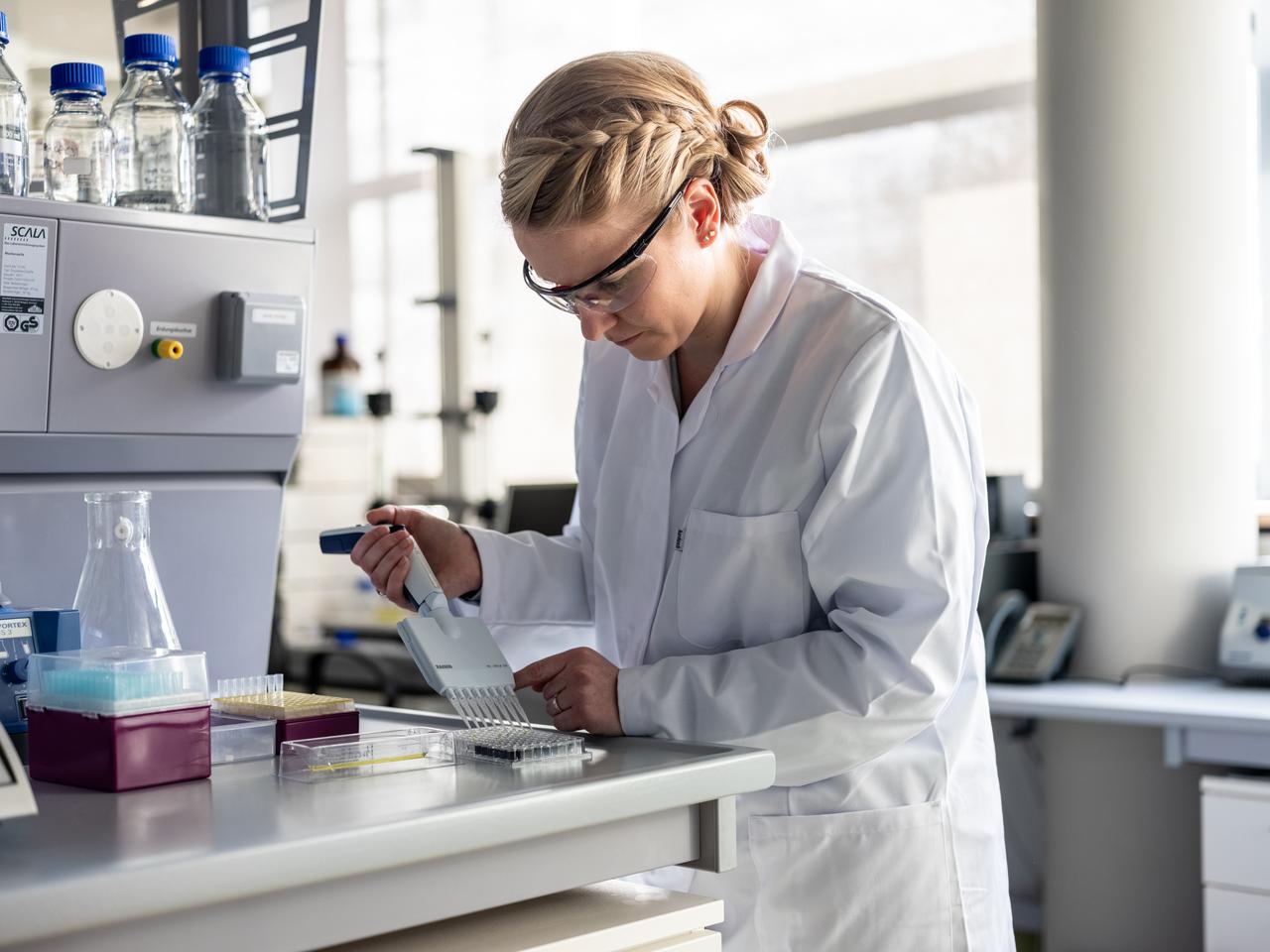 “We use inorganic particles, for example, which are highly porous,” he says. “The enzymes bind to these carriers by embedding in the pores. Although this restricts the enzymes’ mobility, they remain active and are able to withstand much higher temperatures.”

For the most part, the scientists have been working with proteases as the enzymes for their so-called bifunctional plastic, which has been fashioned into granules and films. These enzymes are capable of breaking apart other proteins and therefore pave the way for plastics with self-cleaning properties, such as pipes that aren’t as prone to blockages.

Another interesting possibility being pursued by the scientists is plastic capable of quickly degrading, which would help tackle the problem of plastics that take centuries to break down in the environment. This has some parallels to recently published research where scientists from the University of California, Berkeley were able to embed plastic with enzymes that quickly break down the material when triggered.

The possibilities could extend far beyond this, to materials that have anti-mold surfaces, for example. But the scientists note that this isn’t a one-size-fits-all approach, with the inorganic carriers and embedding process needing to be tailored to accommodate different enzymes. It can, however, be applied to more eco-friendly forms of the material.

“We have developed a process that is suitable for both bioplastics and for the conventional petroleum-based plastics such as polyethylene,” says team member Thomas Büsse. “Our investigations also show that once embedded in the plastic, stabilized enzymes are able to withstand higher thermal loads than before. This makes the use of enzymes and all process steps considerably easier.”